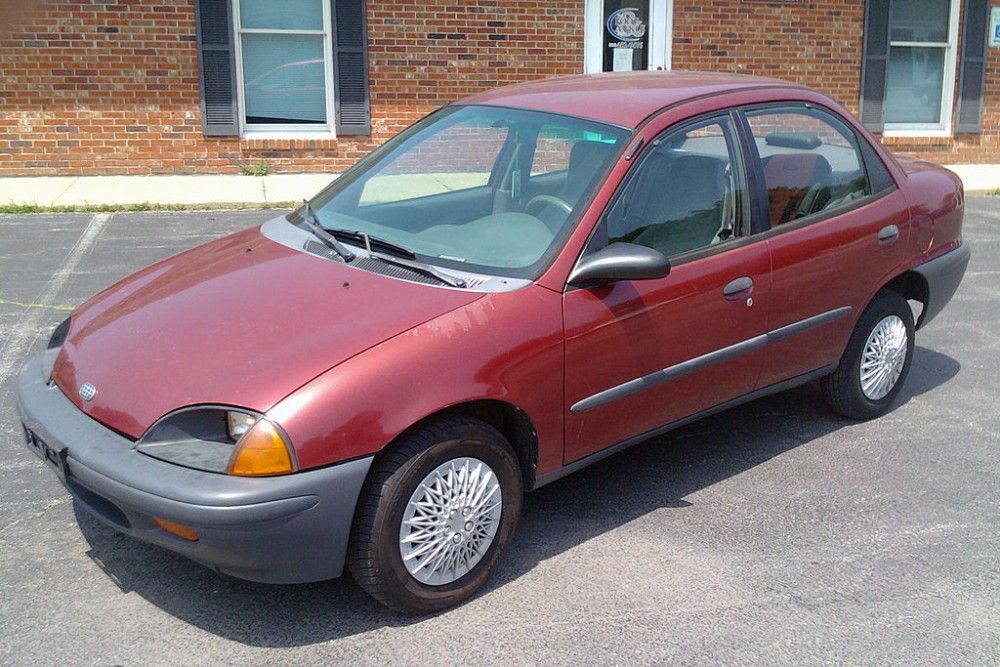 
The Geo Metro was a marketing and manufacturing variation of the Suzuki Cultus available in North America from 1989 through 2001 as a joint effort of General Motors (GM) and Suzuki. In the US, the Metro carried a Geo nameplate from 1989 through 1997, and a Chevrolet nameplate from 1998 to 2001. It evolved with the Cultus and its siblings over 13 years, three generations and four body styles: three-door hatchback, four-door sedan, five-door hatchback and two-door convertible—and was ultimately replaced in the General Motors lineup by a family of vehicles based on the Daewoo Kalos.

From 1985 through 1989, Cultus-derived models sold in North America—under the nameplates Suzuki Forsa, Suzuki Swift, Chevrolet Sprint, Geo Metro and Pontiac Firefly—were sourced from Suzuki's facilities in Japan. Beginning in 1990, all North American M-cars were produced at CAMI Automotive, a 50–50 joint venture between General Motors and Suzuki in Ingersoll, Ontario, Canada, although Japanese production continued to source Canada bound sedan models. CAMI never reached its intended Metro/Firefly/Swift capacity. While at its peak, Canadian Swift/Metro/Firefly production reached more than 100,000 vehicles a year, the number fell to just 32,000 in 2000.[2] In response to the waning popularity of smaller automobiles in the North American markets, Chevrolet/Geo sold only 55,600 Metros in 1997, off from 88,700 the year before.[3] In a 2004 Autoweek article, Osamu Suzuki, chairman of Suzuki, called CAMI "a fishbone in my throat" because of its low production.
Geo Chevy Metro - Call for price

Be the first to ask a question about this listing!

You have no listings to compare